Hip Hop is from the Bronx

Music genres don’t just up and invent themselves every day. However, that’s exactly what happened when Hip Hop burst onto the scene towards the end of the seventies.

Jim Morrison predicted it. He said that there would be one man on stage with many tapes playing music for more people than every before. Hip hop isn’t all about tapes these days, but it sure is a lot like Morrison’s prediction.

The amount of innovation was incredible during the period of Hip Hop’s birth. Artist after artist took the formula the previous one or several had sculpted and remade it in their own image.

So many influencers and artists transformed their lives with Hip Hop that it’s inception revolutionized a culture.

Where it all Began 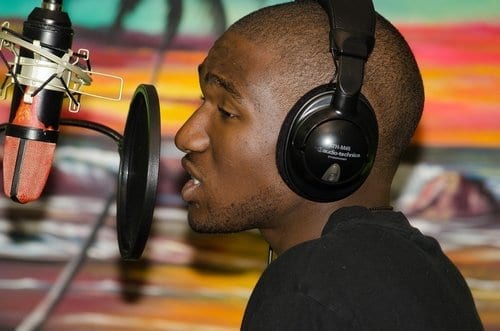 The Boogie Down Bronx borough was the birthplace of hip hop. Not all New Yorkers know this, but those who are from the Bronx do.

When DJs became popular in the 1970’s—or rather popular in the underground music scene—innovation on the typical turntable setup took place. DJ’s like Kool Herc began introducing new equipment to his sets.

Herc used different techniques that no one had seen or heard before, completely original to himself. With his invention of break beats, the DNA strands of hip hop began to weave into place.

Samples started to appear at DJ sets, and records began to mix together with scratch and similar staples of Hip Hop today.

The Formula and The Message

Grandmaster Flash and Furious Five began rapping and spreading their message, which some historians believe to be the moment that Hip Hop truly crystallized. The idea that some effort by the culture was uprising against gang violence really encapsulates the spirit of hip hop to most.

Grandmaster Flash is only one of the many celebrities to come from the Bronx.

After that, beats and MC’s rhyming lyrics over them began to become a common foundation for future hip hop artists to once again innovate and reinvent entirely at times.

Some of the most notable names in Hip Hop came from the Bronx, and arguably helped shape the borough into what it is today.

Once heralded as one of the toughest places in New York, the Bronx had a song to sing so to speak. Many tales of the hardships and triumphs of the working class were brought to the forefront of music as hip hop willed it.

There are often many places tied to a genre of music, but none quite like the Bronx is to Hip Hop. The melting pot and them mixture of many cultures ultimately gave rise to one of the most considerable waves of innovation on the formula of music since rock and roll.

With such historic success in a tough area there were of course controversies. Gang violence being the most prominent inspiration for Hip Hop, anger and resentment sometimes gave way to confrontation. Confrontation gave way to violence, and the violence gave Hip hop a reputation.

While music is always subjective, and some do blame hip hop for the violence in the Bronx most rappers don’t. They believe hip hop is a method to rise above the chaos and celebrate their diversity.

Either way, the Bronx is in a better place than it’s been. It’s history as cultivated an exciting culture of hip hop diversity and art. If you’re moving here, we’ve got a few tips on how to begin.

History of the Bronx