The Bronx can be considered a tough area to live in. It’s been said to have the least friendly public transportation services of any other borough. Despite the unfriendliness, there is greenery and nature to help calm everyone down.

Around nearly every corner a park or piece of historical greenery can be seen. For example, the Van Cortlandt forest is much older than the Bronx itself. The trees and lake within are not out of place within the area, as parks and trees dot the incredibly large borough of NYC.

If you’re a nature lover living in the Bronx, or you have the intent to move there you’ll find no shortage of places to take a walk and enjoy the scenery. In fact, we’ve been here in the Bronx for many decades, and the notion that the Bronx is a tough place isn’t necessarily true.

While there is a history here, the Bronx is the most nature friendly borough without a doubt. Here are a few of the places that you can go to get a little green in your city life. 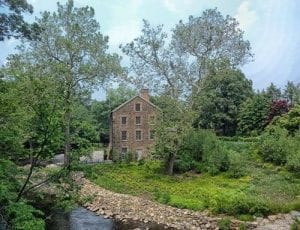 Cortlandt Park is 1,146 acres in the Bronx. It’s rich in history and nature, with Cortlandt itself being a place to find many historical moments.

For example, the site of the Stockbridge Massacre of 1778 took place in Cortlandt Park. While it isn’t the most cheerful of spots to visit if you’re looking for a lighthearted nature walk, history buffs will surely enjoy.

Cortlandt on the other hand is full of highlights.  The rich ecological systems classify a portion of the Bronx as an aptly named, urban wetland. In truth, there’s just about nowhere else on Earth quite like the Cortlandt Park in the Bronx.

Especially considering it’s the last remaining vestige of the forest that use to cover the entire state. Albeit, a large remnant at that. 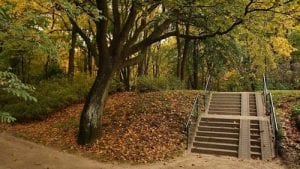 On the same topic of conservation and nature claiming what belongs to it, the concrete plant park is a great way to look at history and conservation efforts entwined.

The park doesn’t betray its name, as it was a concrete plant before it was closed and remade to incorporate the former constructions with new paths and greenery.

Now it’s a great place to ride a bike or play some chess with a friend or stranger, as is the NYC tradition, or get some air after a Yankees game. While it’s nowhere near as large as Cortlandt, it is an interesting spot to say the least. 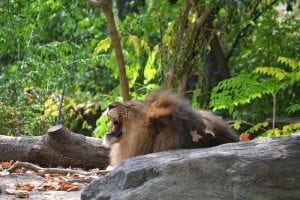 The famous Bronx Zoo is a no brainer for nature lovers. It’s the largest zoo in America, and has an amazing collection of animals. For those interested the zoo is a fantastic way to conserve wildlife. Year after year it receives awards for it’s exhibits, and it deserves them. For over 100 years it’s consistently been held as a beloved area in NYC.  It also held one of the only Thycaline’s to ever be preserved, also known as the Tasmanian tiger.

If you’re an animal lover, or a nature lover, you’ll find exactly what you’re looking for here in the Bronx. Moving? Need some assistance with storage? We can help if you’re interested, so go ahead and contact us. Give us a call at (800) 536-6564.