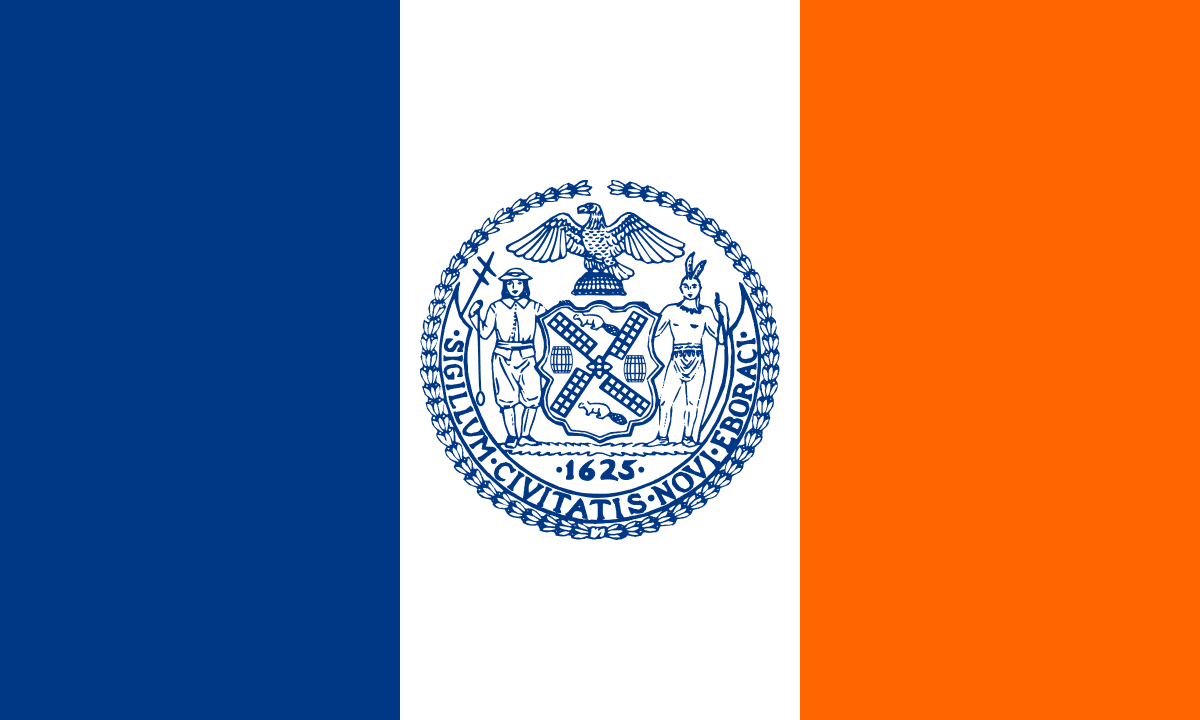 “What does the New York City flag look like?”

We’re going to answer all these questions and many more. Read on for details about the New York state flag, the New York City flag, and flag details of the five boroughs of New York City: Manhattan, Queens, Brooklyn, the Bronx, and Staten Island. See images, read a brief history, and learn a few facts that you may not have known before.

RELATED: Things You Didn’t Know About The Population Of New York City

Are you visiting this page because you want to learn more about NYC? Well, if you’re thinking about making the move to this city, let us help. We’ve been moving clients for over 30 years in NYC. 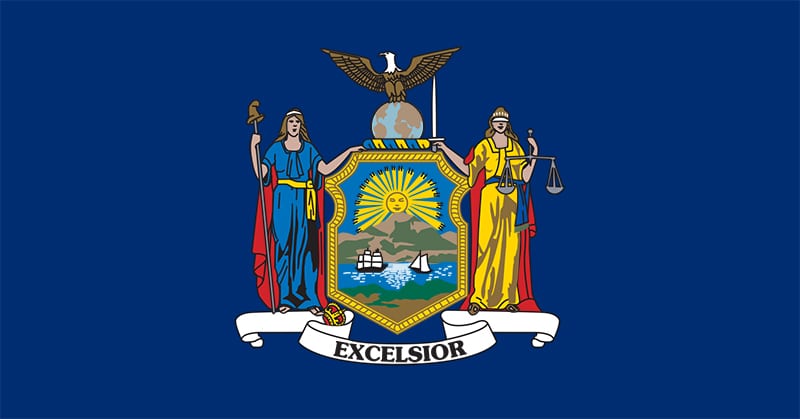 Above is the New York state flag. It has a blue background, one person on the left (Liberty) and one on the right (Justice) of the gold shield in the center. On the shield are two boats on a river with a mountain in the background and the sun shining.

Liberty’s foot steps on a crown (a symbol of freedom from the Kingdom of Great Britain). Justice is blindfolded and wields a sword in the right hand and a scale in the left. This symbolizes impartiality and fairness.

What does the New York City flag look like? 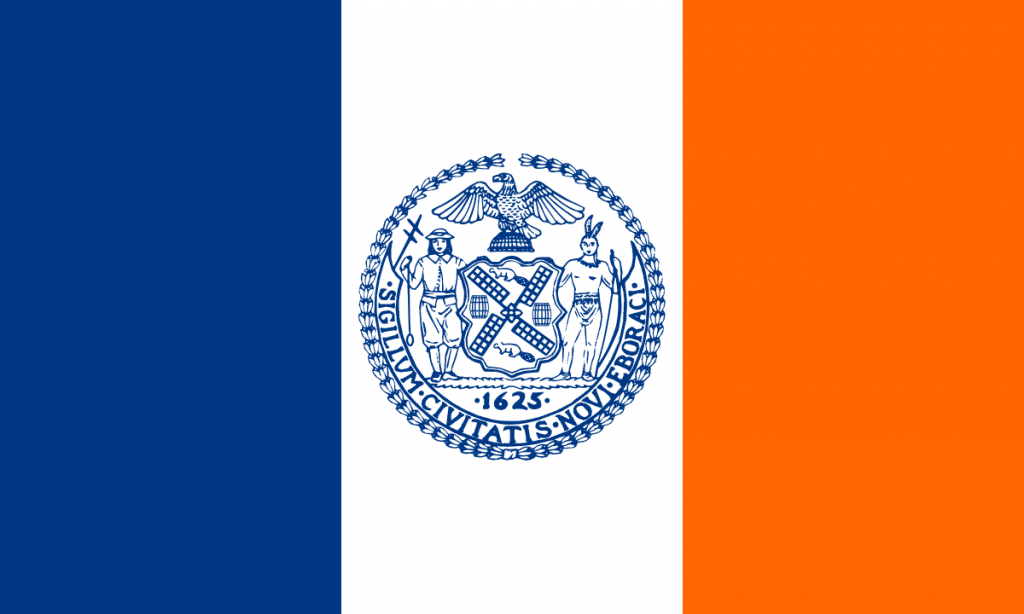 The New York City flag has the same blue as the state flag on the left, orange on the right, and white in the middle. A circular seal is in the middle with a seaman and Native American. Between them are a windmill, beavers, and barrels. An eagle is perched above them.

RELATED: What It’s Really Like Living In NYC [Expectations Vs. Reality]

The colors are symbolic of the Dutch flag. William I, Prince of Orange flew it with the blue closest to the staff.

What the symbols on the New York City flag mean

Here’s a breakdown of what the symbols mean:

The only boroughs that have official flags are Brooklyn and the Bronx. The other three boroughs have standard designs but are not signed into law.

RELATED: 20 Pros And Cons Of Living In NYC 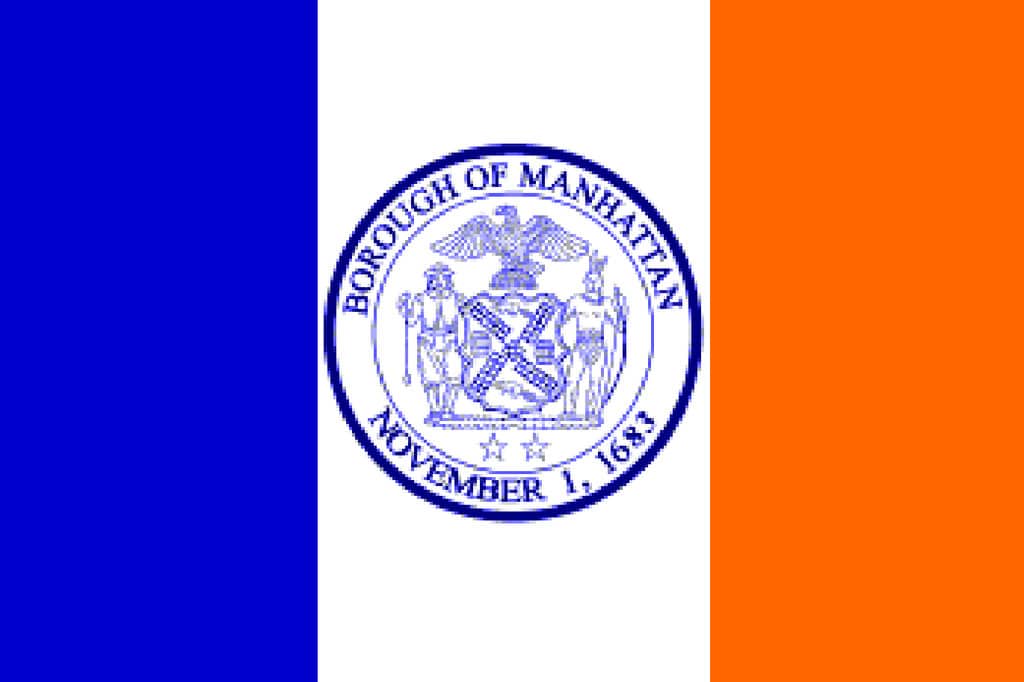 The unofficial Queens flag has sky blue on the top and bottom and white in the middle. These colors represent the arms of the first Dutch Governor William Kieft. In the center is a ring with two flowers (tulip and rose) in the center of that ring. The top left says “Qveens Borovgh 1898.” 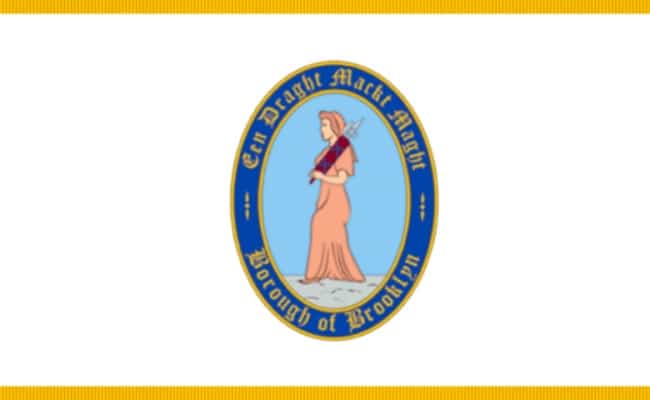 The Brooklyn flag has a white background with thin yellow lines on both the top and bottom. In the center is a young woman (representing the goddess of justice) carrying a Roman fasces (symbolizing unity). The slogan around the image is Dutch, “Eendracht maakt macht” which translates into “Unity makes strength.” 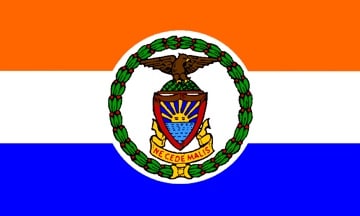 The Bronx flag is orange on the top and dark blue on the bottom with white in the middle (mimicking the Dutch flag). In the center is a laurel wreath denoting honor and fame. In the center is an eagle and shield with a sun rising over the ocean (signifying peace, liberty, and commerce). The motto is at the bottom is the Latin phrase of “ne cede malis,” which means “Yield not to evil.” 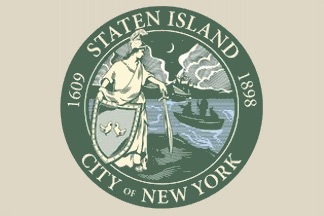 A new (and current) unofficial Staten Island flag has a tan background with a green circle at the center. An allegoric female figure with a shield and sword stands on the island’s shore and looks out onto the Narrows. The anchored ship (The Half Moon) is Henry Hudson’s — the English sea explorer and navigator during the early 17th century. A small canoe with three oystermen is close to shore.

Staten Island used to be called Richmond and this unofficial flag was originally adopted when the other boroughs adopted theirs. Here’s what it looks like: 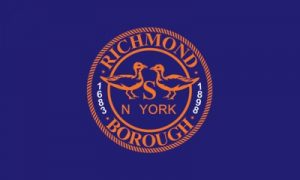 The more recent unofficial Staten Island flag took its place in 1971 after the borough held a contest. It stayed the unofficial flag until 2016. Here’s the flag (it has a purely white background): 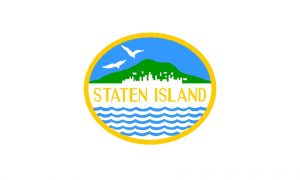