Writers Have Begun Moving to Queens

The areas in Brooklyn and Manhattan have always been terrible when it comes to pricing. You won’t be able to find an apartment on minimum wage without really stretching your time and money thin.

Exceptions to the rule will always exist but by in large the areas in Queens where you can afford to live for much cheaper are much more plentiful. Not to say that is anywhere like the areas in the country where rent is truly low, this is still NYC we’re talking about here.

However, writers are flocking to the bohemian culture surrounding Queens and attempting to carve out an area where they can establish a foothold in the literary capital of the world that they can feel stable standing on.

What Have Writers Been Up to In Queens?

Most importantly, they’ve been writing. However, the interesting thing about New York is how layered and influential it can be on the most primordial of cultural levels.

Every author is attempting to put his or her books in stores that they can then follow up with and establish meetups with their readers. It’s an amazing way to build relationships with the texts as well as foster business in a radiant way.

Bookstores are flourishing in places like Astoria, and all genres of books are being written and read. Alongside of the hunger for literature and literary opportunities on both sides of the authorial transaction, great work is being done.

The Daily News says that “all the borough really needs, perhaps, is its own Marty Markowitz, apparently.” We here as residents of Queens believe that isn’t true in the slightest. The borough itself is not exactly a best keep secret by any means, but it’s a beautiful place.

You can always find something related to the arts to see or experience, or you can just flat out be a bohemian in the beer gardens. There’s a consistent appetite for all types of art in Queens, and it only needs time to cultivate like all other great movements.

Where to Go for The Literary Touch 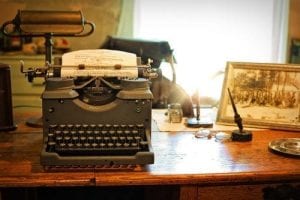 While plenty of written works have taken place in New York City, and every significant one turned a monument into a moment in time, there’s only so many places that truly need mentioning.

Everyone knows Capote had more than a little to say about Manhattan, so a visit to the YMCA in Harlem is a short distance from Queens. A little further is the Hotel Chelsea where many a writer cast their literary coat tails through the doors on historic occasions.

There are plenty of reasons to move to New York and Queens if you’re interested in literature, you don’t always have to be the one writing it.

Read a book on the rich history of queens in one of the great parks in the area or catch some music at many of the venues nearby. The borough is a growing cultural powerhouse, as it always has been according to the history of Queens.

You can find something to appreciate around every corner, whether it’s related to writing or not. The most ethnically diverse county in the entire United States, that would be the fourth largest city in the country if not being a part of New York, has something for everyone.

If you’re interested in moving to or from Queens and would like to learn about Queens storage options, give us a ring at (800) 536-6564.